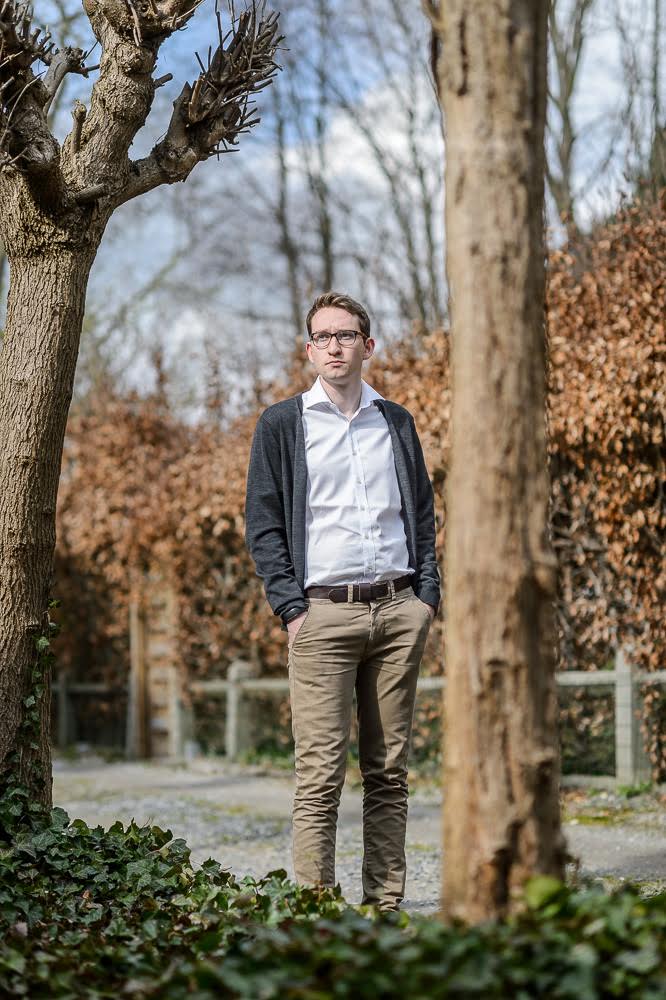 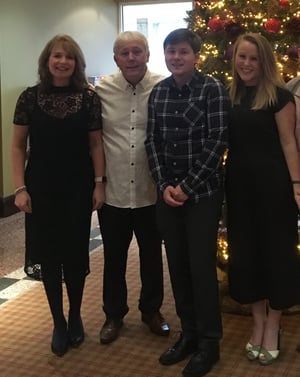 Allison Watson’s son, David, has r(20). Now, aged 21, he attends college and, importantly to David and his family and with their support, maintains a certain level of independence.

Ring Chromosome 20 syndrome, or r(20) is an extremely rare chromosome disorder, in which the twentieth chromosome forms itself into a ring before a child is born. It happens sporadically, meaning it is spontaneous and often no more than one child in a family is affected. Fewer than 150 people in the world with r(20) are cited in medical literature and the condition is both under-diagnosed and under-reported.

r(20) can be mosaic, where some but not all of the twentieth chromosomes are ring-shaped, or non-mosaic, where all are shaped into a ring. The symptoms experienced, and their severity span a broad spectrum, with some people severely cognitively regressed with little to no mobility.

There are no guidelines setting out how r(20) should be diagnosed or treated, leaving both health professionals, who will often not see more than one or two cases of the syndrome in the course of their careers, and families, at a loss. The question most commonly asked of Allison and the organisation, Ring20 Research & Support UK CIO, is “how do we best treat our loved one with r(20)?”

A sudden and severe onset of seizures - usually at night - is often the first symptom of a previously hidden syndrome, accompanied by cognitive regression, indeed “r(20) could be considered a form of childhood dementia,” Allison remarks. For David, seizures started aged six, and before the cause of his seizures could be found and understood, Allison felt the safest thing to do was sleep all together in one room.

As no guidelines exist and no substantive research or clinical trials into r(20) have been carried out, effective treatment of seizures is a trial and error of medicines and devices such as vagal nerve stimulators (VNS). Even then, rarely, in Allison’s personal and professional experience, is the epilepsy brought under control; “whether cognitive deficits and/or behavioural issues following the onset of epilepsy are as a result of severe and uncontrolled seizures, or as a feature of r(20), is unknown.”

When David’s seizures started, Allison and the family tried everything available: steroids, anti-epileptic medications, VNS, a ketogenic diet, yet nothing seemed to bring David’s seizures completely under control. Allison often sees children and young adults on five or six anti-epileptic medications at a time, which is “despite received wisdom telling us anything beyond the first and second drug is unlikely to work, and the likely detrimental side-effects of those drugs on the person,” she explains.

Fourteen years after first experiencing up to thirty seizures a day, David still has about 4-6 daily seizures which are often worse in the evening and usually last 20-30 minutes each time. David is fortunately now old enough and cognitively aware enough to take a role in his own care, as Allison explains, “I tend to advocate that if a new drug is recommended and David wants to try it, we’ll try it. But if it isn’t working, let’s come off it again.”

David attends college during the week and uses Epihunter when he is at home in the evenings and at weekends. Wearing the light and thin EEG headset, David uses the Epihunter app to track his brain waves. Allison explains that the records from the Epihunter app and portal are adding an important layer of evidence alongside seizure diaries on visits to David’s neurologists. As Allison observes, Epihunter “acts as an unbiased record of potentially unseen seizure activity, helping to shape ongoing care and treatment.” 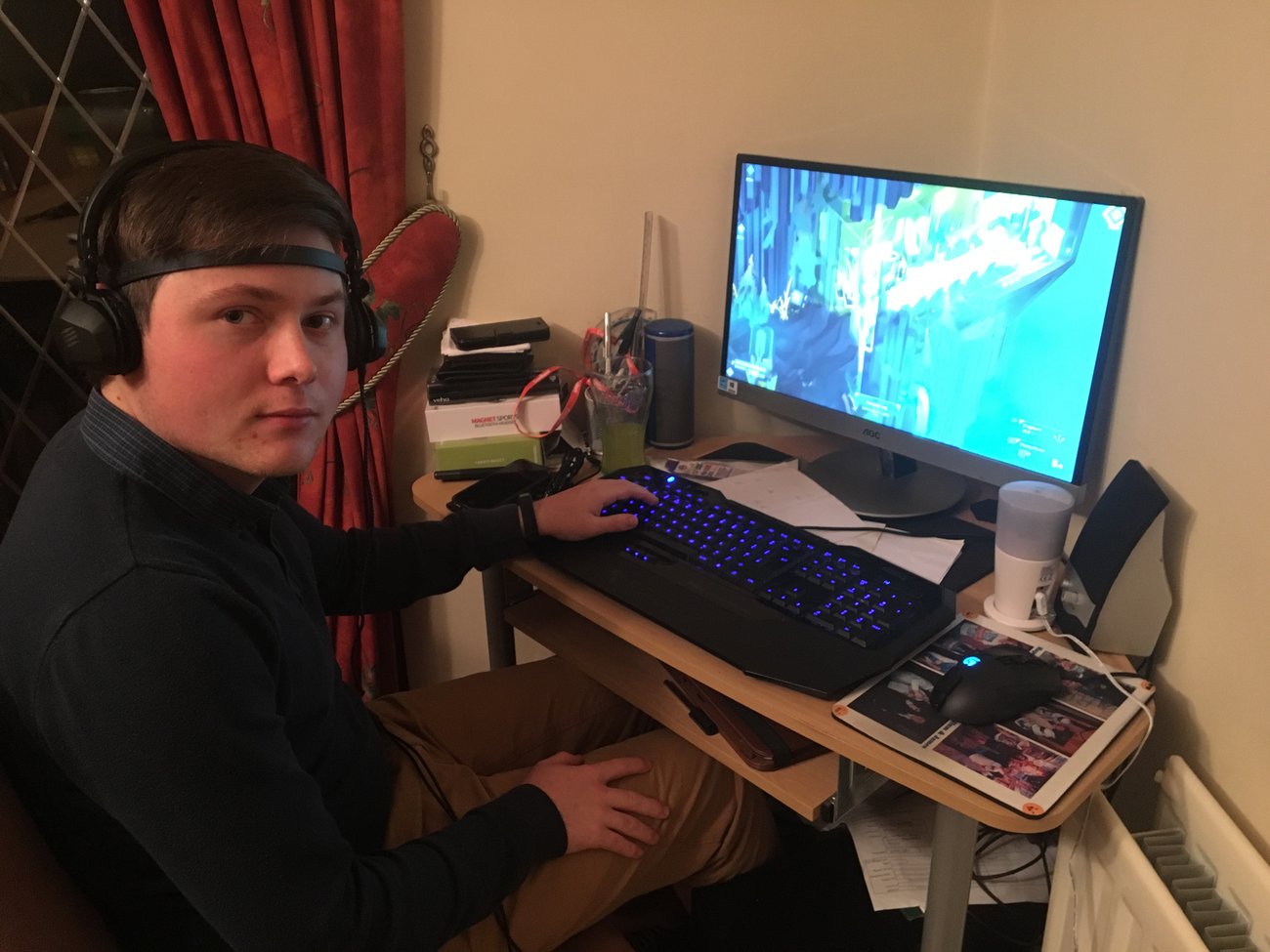 David wearing the thin EEG headband under his normal headphones.

Allison co-founded the organisation along with Don Gordon, when the only other r(20) organisation could no longer continue for financial reasons. Allison explains that the two main aims of the organisation are in the title; to facilitate all-important family-to-family support and to raise funds for much needed research, “to engage more families and work with health professionals to understand if any treatments or treatment combinations could help, or even be harmful.”

As genetic material is not necessarily lost when the chromosomes take the shape of a ring, genomic testing cannot detect r(20). Only when chromosomal testing is carried out will the ring formation be detected, and as Allison explains, “chromosomal testing is carried out less and less and usually only when the signs and symptoms of r20 are identified”. And rarely are the signs and symptoms identified, “if recognised, nonconvulsive status epilepticus and a unique EEG pattern can lead to testing and diagnosis of r(20),” Allison adds.

In 2017 the organisation held the first ever r(20) families’ conference. The attendance of families from the UK, wider Europe, Canada, the USA, and even Australia proved the appetite for this world-first event. Allison’s call to arms at the conference’s gala dinner has resulted in fundraising efforts totalling almost £60,000, about half what is needed to fund the first natural history study for r(20), the results of which could have an enormous impact on the lives of people living with r(20) and potentially unlock clues to understanding treatment for thousands of others living with epilepsy-associated with cognitive and behavioural issues.

“The r(20) families deserve all the credit; they have pretty much raised all the money themselves. I hope this goes some way to showing that we are not just asking for handouts, we are doing a huge amount ourselves. Professionals are starting to take us more seriously too. It seems that we are starting to snowball and creating traction. It’s an exciting time!” Allison Watson.

Do you recognise this?

Does this story sound familiar? How do you and your family deal with r(20) or other types of epilepsy? Do you also want to share your story or share an experience about "living with" absence epilepsy? Send us your story, we have the perfect home for it! Every experience, no matter how small, can offer comfort to others. Rest assured, your testimonial remains as anonymous as you want.

Thanks to Allison and David for sharing their story.

Why we do what we do

1 in 3 people with epilepsy suffer from uncontrollable seizures despite medication. We believe current digital technologies are able to create a massive impact on the daily life of people with epilepsy. At Epihunter we create digital solutions to make epilepsy matter less at moments that matter most. Our first solution is for people with silent, difficult to notice absence seizures.