Clarity for better diagnosis and therapy

In 2017 the International League against Epilepsy (ILAE) published a new classification of epileptic seizure types. Prof. dr. Lieven Lagae, pediatric neurologist at UZ Gasthuisberg and Chairman of the European Pediatric Neurology Society, highlights the importance of the new classification and clarifies what is truly "new".

One disorder – many experiences and outcomes

Epilepsy is often associated with convulsions and foam on the mouth. Nonetheless, epilepsy has many manifestations, different causes and diverse seizure types. 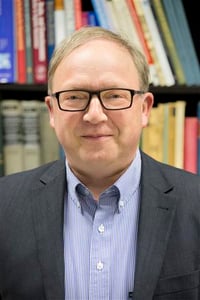 The new classification highlights the different seizures types. It supports the fact that epilepsy is multifaceted, and hence facilitates communication between doctor and patient and between experts themselves. A clear and simple communication is crucial. The better the patient is able to describe a seizure, the better the diagnosis of the doctor will be. The outcome? The applied therapy will be more effective. Moreover, a clear description advances the prognosis. It enables the doctor to better predict the expected evolution of the disorder.

Painting a clearer picture of the experience

Both dimensions capture the process experienced during a seizure more clearly. Nerve pulls, shakes or stiffening of limbs, as well as automatisms (such as licking and smacking) are now included in the category "focal motor onsets". This is much more plain than the abstract "complex partial seizure".

And absences? Which category does this seizure type belong to? During an absence seizure, it seems like the person is no longer there. He blanks out or stares into space. This disorientation and loss of attention to surroundings lasts from a few seconds to several minutes. The new classification labels this kind of temporary consciousness disorder (sometimes with automatisms or repeated movements) as a non-motoric, generalized seizure. That description is more precise than the expression petit mal, which absences have been misleadingly labelled as in the past. The new classification sheds new light on absences.

A break-down of the new classifications 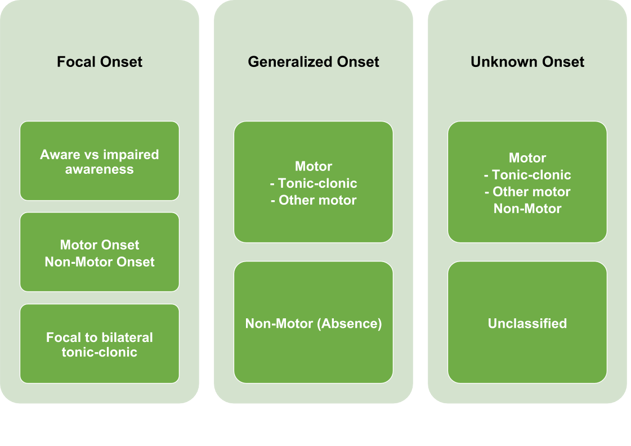 The non-motor nature of absence seizures makes reporting very difficult. This is where Epihunter comes "in the picture". Epihunter creates awareness in the classroom and allows parents to get an overview of brain activity and absence seizures. Moreover, the Epihunter team builds functionalities that support the neurologist in diagnosis and optimization of treatment. The team is rolling up its sleeves and, together with the Flemish Epilepsy League and academic partners, it is working to get the necessary clinical validations.

*names of parents and children were changed